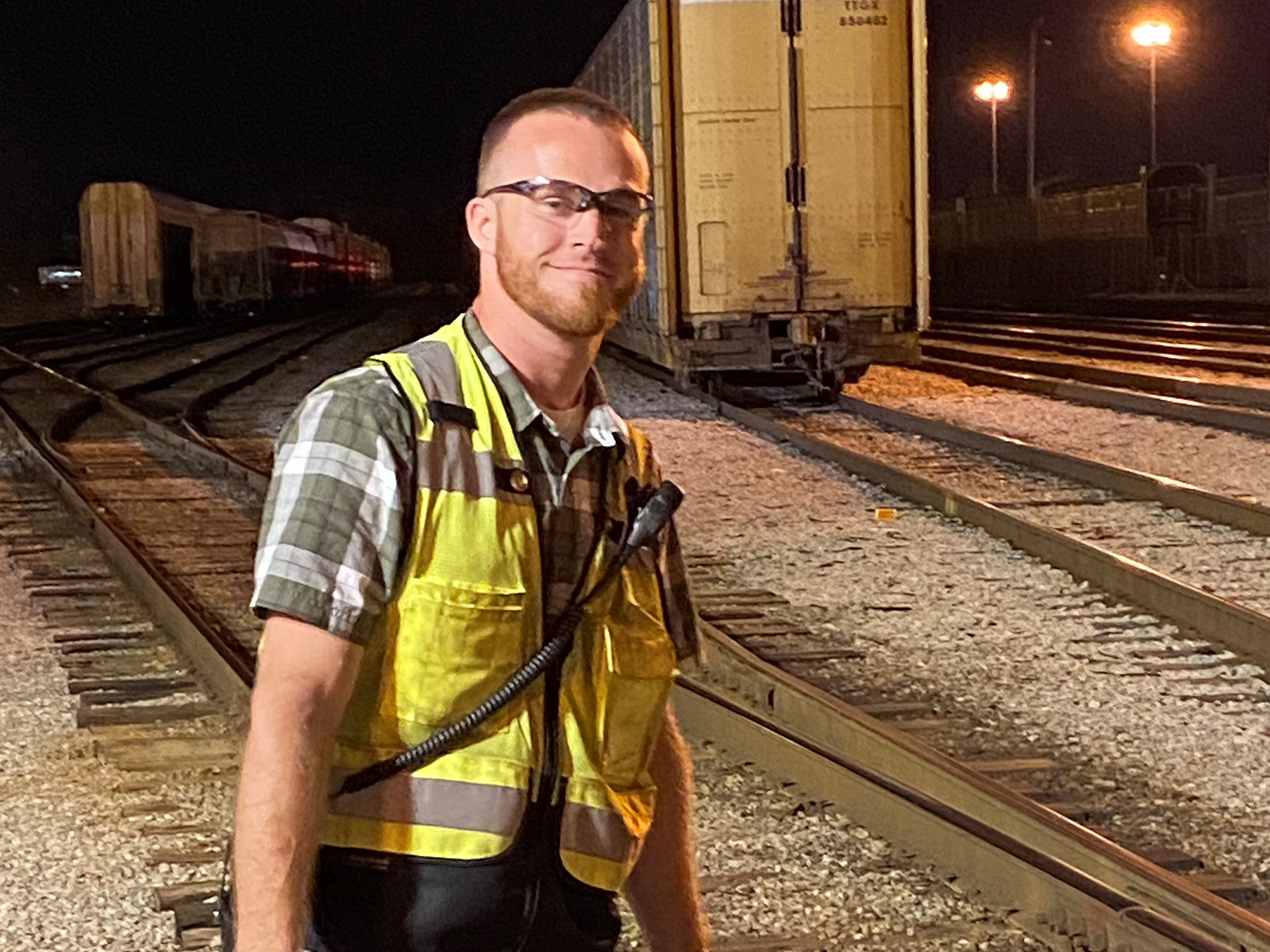 November 2021 – Paying attention can mean focusing on the task directly in front of you and also can involve noticing something significant on the periphery.

That’s what happened while Drew Grogan, a Conductor for the Ann Arbor Railroad, was delivering a car at a customer’s facility. It wasn’t part of his railcar switching activity that morning, but a single railcar on an adjacent track caught Grogan’s eye. He noticed it was unsecured. Grogan stopped the move he was involved in so that he could go to the unsecured car and apply a handbrake and also put track skates under the wheels.

“A lesser conductor wouldn’t have noticed it,” said Trainmaster Daniel Lemon. But Grogan did.

Lemon added that the track has “quite a grade, which leads to a public road crossing only about 90 yards away. Drew’s attention to detail likely prevented that car from rolling into the side of a train or into the crossing, where it could collide with vehicles or even pedestrians.

“Go Teamer Kenny Davis (a Texas-based Conductor-Engineer who travels to work at various locations) came in my office to let me know that his conductor that morning deserved an attaboy for finding, and correcting, a safety issue at a customer’s facility. Drew was working that day as a Conductor, but he’s also an Engineer and even fills in as a Yardmaster sometimes. He was in the middle of doing his job. But he said ‘let’s stop what we’re doing and let’s fix this before we get back to the business at hand.’”

Read about others like Drew who are making a difference at Watco and beyond. Learn More